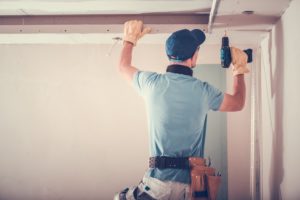 The Price of Remodeling

Let’s take a minute to explain “value.” Value is subjective: It’s not only how realtors assess your home, but it’s how it fulfills your needs and wants. Yes, there is a financial value assigned to remodeling and how it affects the price of your home (cue the realtors). Remodeling to improve your living space because it will make you happy, however, is an entirely different value than what you see on a price tag. Have no fear, remodeling is still here. Although the economy seems to be stalling, depending on which news outlet you listen to, remodeling is still valuable to homeowners. The cost to remodel is always a deciding factor for homeowners. If the return on investment is high, what other reasons do you need? The industry-leading Remodeling Magazine recently published its “Cost vs. Value” report. This report outlines trends in the economy and forecasts the return on investment for different remodeling projects.

The Value of a Dollar

The dollar value of an investment shouldn’t be the only piece of the puzzle to consider when deciding on your remodeling project. This may be why consumers continue to spend despite drops in consumer confidence. With Universal Design on the rise, the value of a remodeling project continues to transcend its financial value. Of course, money is still a major component, especially if that means long-term savings. We mentioned in a previous blog how expensive moving into a nursing facility is. Depending on your life goals, a one-time $50,000 remodeling project to create an aging-in-place home could save you six-figures in the future. So, what can you expect to recoup for your remodeling project in 2020? If your goal is to sell your home, this will be key.

A Universal Design bathroom is, in short, an aging-in-place bathroom. It has features that allow anyone to use it comfortably, no matter their ability level. For example Anyone, ambulatory or not, can comfortably use a barrier-free shower. The national average for a universal design bathroom remodel, according to the Cost vs. Value, sits at 62% return on investment. Looking at the upfront cost, you’ll shell out about $34,643 for the initial remodel. When you’re ready to sell, these bathroom designs have an average value of $21,463. The recouped cost is down from 2019, but these are national averages. Illinois is part of the East North Central region in the Cost vs. Value reports. For the same bathroom in our region, the cost recouped averages continue to trek upward. For a $35,361 UD bathroom remodel, you have the potential to see 61.1% of that back in your pocket.

Kitchen remodeling remains in the upper half of recouped costs, sitting at 56.7% for a midrange, a major kitchen remodel. Upscale kitchen remodeling garners slightly less with a 53.9% return on investment. This genre of remodeling has been drastically fluctuating since 2017. It reached its highest at this time since 2014 and plummeted more than eight percentage points in 2018. The next year followed with its upward surge to 59.7% and then back down to where it sits now, another six percentage points lower. Midrange kitchen remodeling sustains its downward turn for 2020. Since 2014, mid-level kitchen remodels cost vs. values have continued to drop. There’s no need to turn away from remodeling any outdated kitchen as it’s likely to see 58.6% of costs recouped. Outdated kitchens are still a sticking point when selling a home. Unless there’s room in someone’s budget to remodel it themselves, we recommended doing some updates.

Effects from the Global Economy

It’s important to note how the global economy influences return on investment rates. Between labor and materials, costs have been in fluctuation. The trade war with China has manufacturing stalled at the moment. Any mishaps and current agreements with China could send both of our economies spinning, according to an article on the Nasdaq’s website. This could be dire in terms of how much your project is valued in comparison to the overall value of your home.

The financial return may be more important to you at this point. If that’s the case, consider remodeling and selling in time for the end of the year. Projections show the market taking a dip by early 2021. Consumer confidence dropped in December and isn’t forecasted to see a considerable increase, at least in the early part of this year. Global market indicators continue to be mixed, leading to an even hazier outlook. Eleven months away now, but quickly approaching in terms of building and selling. The value of your remodeling project will be appraised alongside the home’s price. With a low home price, you may not gain the return you had originally hoped for.

Stability for Remodeling and Consumers

All things considered, the market slowing down isn’t a slamming halt. The remodeling scene has seen a steady increase since the last recession. With new design concepts on the rise to help homeowners adapt their houses to the effects of aging, remodeling should continue a steady pace while these same owners forego selling. The Cost vs. Value reports has shown fluctuation only by tenths and hundredths of a percent since the last recession in these projects, a hope for stability to consumers and builders alike.

Get product updates, news, promotions, and much more!

Sign up for our monthly newsletter to learn more about aging in place.